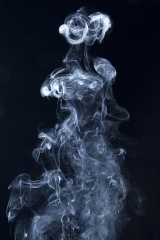 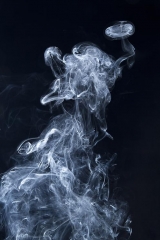 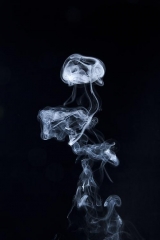 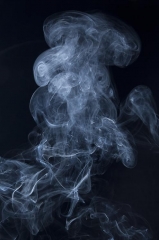 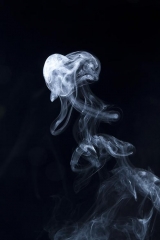 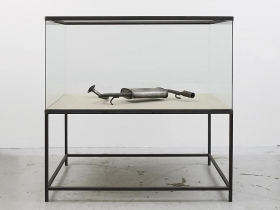 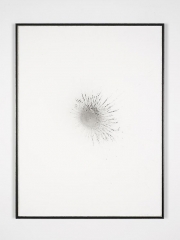 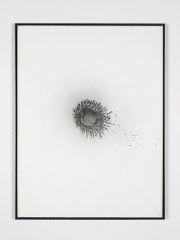 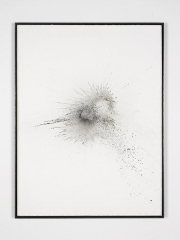 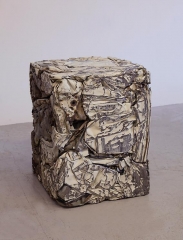 
David Nolan Gallery is pleased to present its inaugural exhibition of works by the British artist, Gavin Turk. Combining diverse themes of urban decay and the notion of artistic originality, Turk has produced a series of interconnected works relating to automotive components. Elevating ordinary objects into the realm of art, Turks pays homage to the artistic legacy of Jasper Johns, which he develops into a meditation on the demise of the British working class.

Perhaps best known under the banner of the “Young British Artists” (YBAs), Turk rose to prominence in the early 1990s. An important early work, Pop (1993), is a life-size waxwork self-portrait in which he adopts the identity of Sid Vicious singing “My Way” in the pose of Elvis Presley as depicted by Andy Warhol.

In the present exhibition, Turk explores the formal possibilities of mechanical automotive components. Displayed in the first gallery are three vitrines containing – what appear to be – disused car parts. On closer inspection, these are bronze sculptures, exactingly painted in trompe l’oeil to replicate the real thing. By eliminating the essential functionality of a car exhaust Turk allows these to become purely sculptural and, in so doing, he reveals the inherent beauty of these crude mechanisms. Housed in museological display cases, these corpse-like objects command the reverence of ancient artifacts. These detailed replicas also recall Marcel Duchamp’s “readymades” – ordinary mass-produced objects presented as works of art. Turk, however, undermines that sense of authenticity through his use of bronze, traditionally a “high-art” medium. On the walls surrounding the vitrines hang large, atmospheric photographs of billowing smoke. Counterpoised menacingly against the lifeless pipes, these ghostly spirits conjure toxic forms.

In the second gallery are 11 “exhaust” drawings. Like damage to the retinas from staring too closely at the sun, the images bear witness to the waste exhumed from a car exhaust. These drawings imply an indexical relationship between cause and effect and the imprints act as record of their own making. Much as the pipe sculptures replicate objects they are not, these drawings suggest a detached relationship to their origins. Whereas these drawings are the product of an absent object, the sculpture Transit Compression in the center of the rear gallery is the compacted presence of a “real” object. For this work, the artist has had a white English Ford Transit van pulverized into a small unit of metal waste. For Turk, this work is a “symbol of the demise of the working class male”, acting as a wistful rebuttal to a new age of fast transport and instant communication.

This exhibition coincides with the publication of a large-scale monograph published by Prestel. 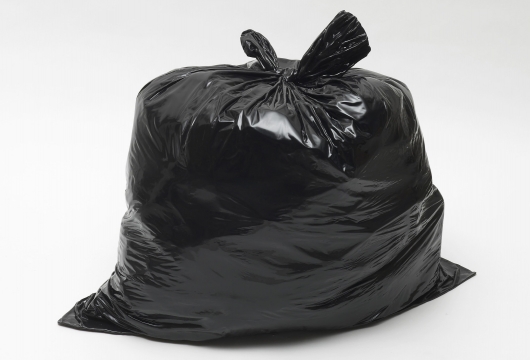 Gavin Turk
Back To Top